The reason we decided to go to Switzerland so early on in our trip was because we secured a housesitting assignment in Geneva for a week surrounding Easter weekend. It’s been really great to be given these assignments so we have certain things to plan around. Otherwise, I worry that we would feel a bit lost as far as deciding where to go next. But luckily, we’ve worked it out so that we have plans up until the end of August. A lot can happen during that time, so we’ll see where we are at after that’s over.

Jeremy and I took the train from Wunnewil to Fribourg, then changed trains for one that went directly to Geneva. We like to have some red wine for train rides, but we didn’t have plastic cups to use for the ride. Jeremy MacGyvered some out of the bottom of a water bottle we had. We were sharing the “cup” that had a really sharp lid from where it was cut, and the lady pushing the minibar cart up and down the aisles put two real plastic cups in front of us as soon as she saw us try to drink from the makeshift one. It was greatly appreciated. We’ve also been living off Barney’s Best peanut butter (the only kind I’ve seen in Switzerland), and it’s so sugary. It’s basically dessert. Delicious. 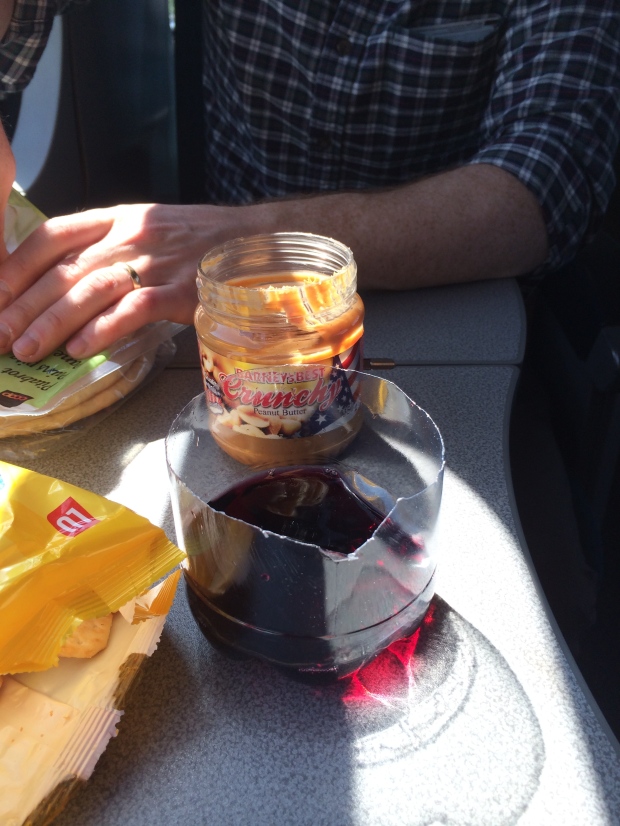 Our fancy wine glass fashioned out of a plastic water bottle.

The view of Lausanne from the train.

I really enjoy train rides, but we had a bit of trouble on this one. There weren’t reserved seats, and when the train pulled up we mistakenly got in a cabin that was for first class passengers only. We went through the inside of the train trying to find the second class cabins, but during the time it took us to do that, the other cabins had pretty much gotten filled to the brim. We spent the first twenty minutes of the train ride going up and down the aisles with our luggage looking for empty seats. We finally found some and were able to relax. I remember that happening years back when Jeremy and I met up in Europe only a few months after we started dating. It’s really stressful for me to do things like that, because I’m such a planner and I like to know exactly where we’ll be sitting and what to expect.

Our housesitting host picked us up at the Geneva train station after we walked around a bit, and we were off to her house right outside the city.

After we got settled in the house, our host took us over the border to a grocery store in France. I have never been so excited and relieved. The fact that there were things for sale under a euro and we could actually buy vegetables and wholesome food (instead of just pasta and bread) was so great. Not to mention bottles of red wine from Bordeaux for about two dollars. Our host was waiting for us outside so we made a rushed job of our grocery shopping, which was a mistake. We didn’t get nearly enough food, and ran out of it quickly. Another thing about visiting the grocery store was that I got to use my French for the first time this trip. It was really exciting! 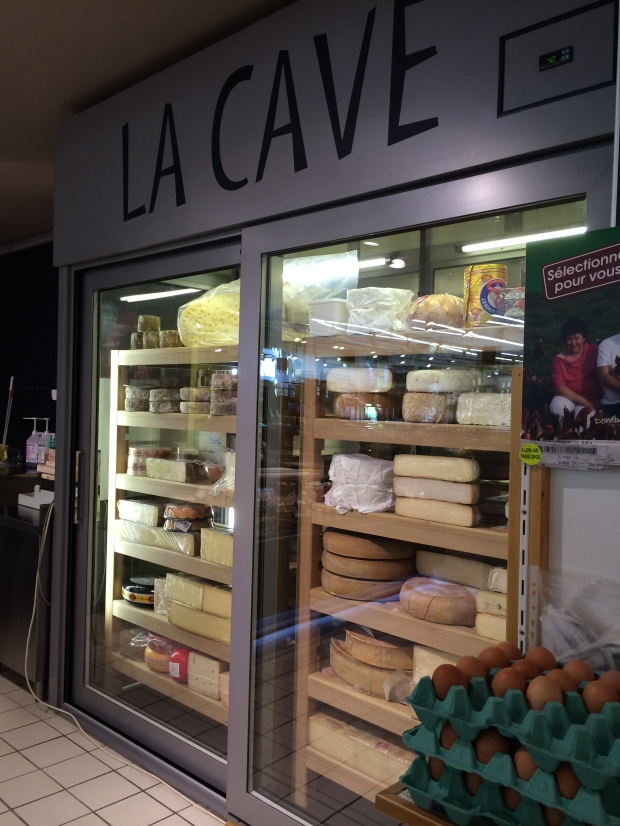 I love French grocery stores. I could live in this cave, if it didn’t smell so much like farts.

It was a little too far to walk from the house to the city center (especially with Jeremy’s injured knee), so we took the week to explore the plentiful walking paths around the house and stayed close by. Everything was closed for Easter Sunday and Easter Monday (aka Marathon Monday), so when we ran out of food, I took the dog we were looking after on a hunt for a gas station to find something to eat. I ended up stumbling upon a patisserie a couple miles away that was like walking into heaven. The amount of baked goods and desserts was overwhelming, and even though it was hard to resist, I ended up just walking out with a baguette. I found a gas station and bought some Swiss cheese and chocolate, and that managed to hold us over until dinner. Our time in Geneva was really nice and relaxing, Jeremy was able to rest his knee some more, I got some great runs in, the animals were really sweet we were caring after, and our hosts ended up coming home a day early and cooked us dinner, gave us nice wine, and we talked for hours.

Walking Sam the dog with Mont Blanc in the background.

The reward of my miles-long hunt for an open store on Easter Monday. 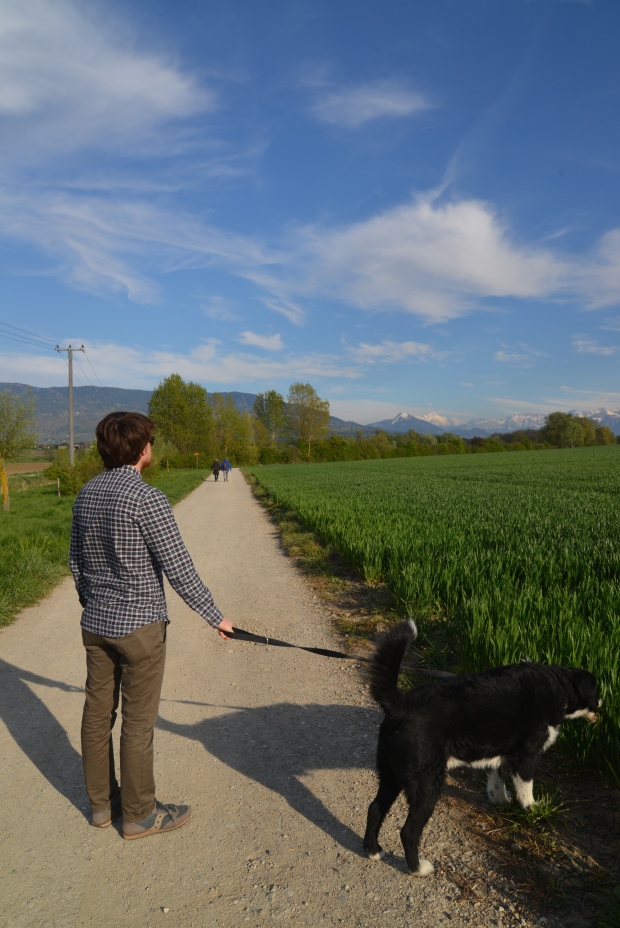 Our adorable abode for the week.

A neat antique store I found in the neighborhood. 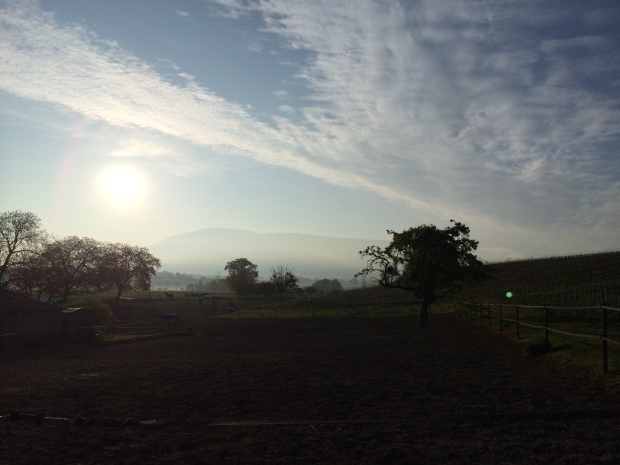 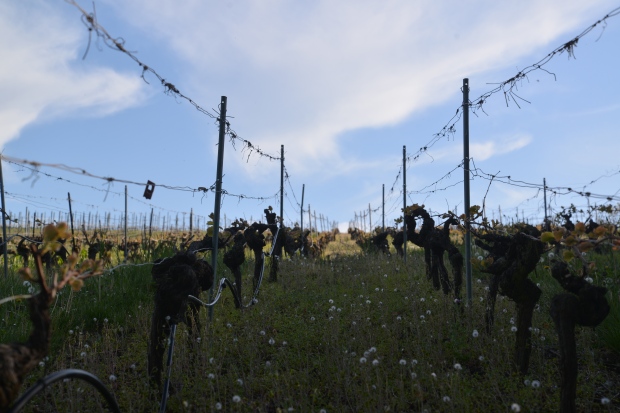 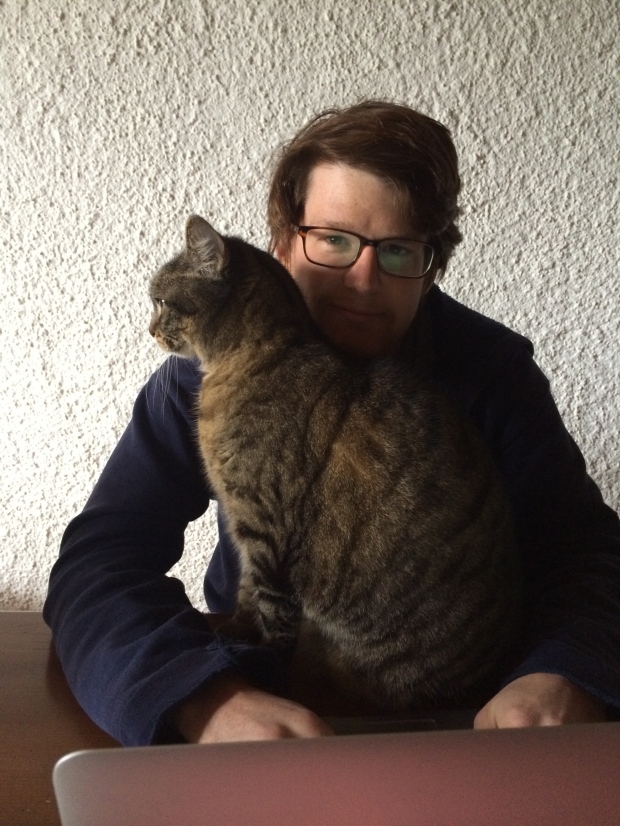 There was wisteria everywhere.