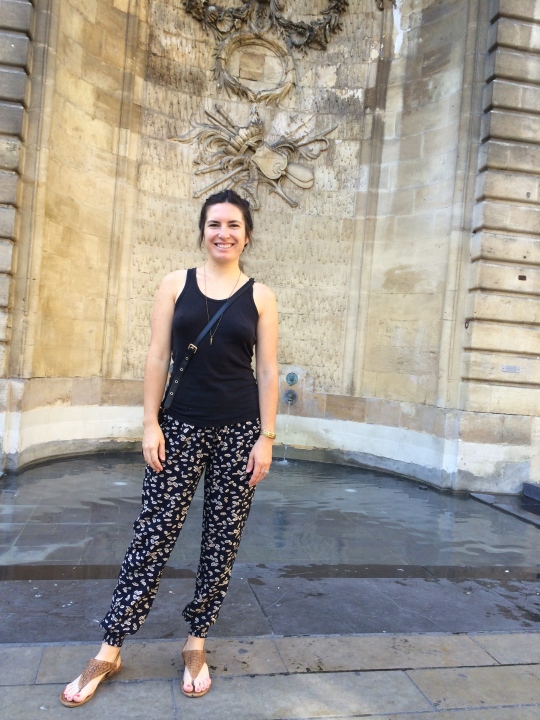 I had my eye on these pants that were being sold all over Bordeaux for 10 euro. Jeremy finally convinced me to get some.

I can’t believe we’re home (well, in Georgia). Jeremy and I spent last week in Dublin, staying in an awesome Airbnb in a historic neighborhood a little bit outside the city center but close enough so we could walk there, and close enough to the Guinness Brewery that we could smell hops in the air. I haven’t shared pictures from our time in Bordeaux, France, where we met up with my best friend Liz and her boyfriend, Alain, who is from Bordeaux. He drove us all around the region, then we took a road trip to San Sebastian, Spain, for beach time and delicious food from Basque Country. Our theme of the past few weeks was “Go Big Then Go Home,” and that we did.

Our first meal in Bordeaux: cheese for me, oysters for Jeremy. 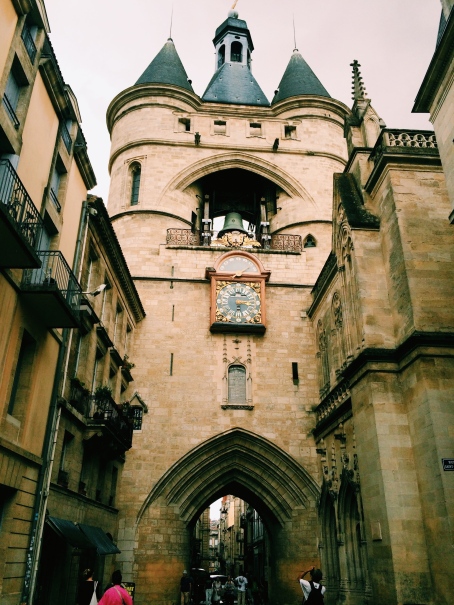 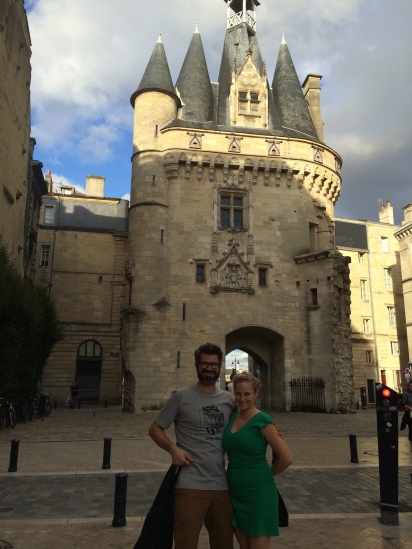 Liz and I met a few weeks after I moved to Athens, Georgia, when we were freshmen at UGA. We became close that first year, since we both moved there knowing virtually no one and UGA over-filled the dorms and we weren’t assigned any, so we had to live in an apartment complex off campus. We were pretty much inseparable all four years of college and a couple years after, and we were roommates for five of those years. I’m so glad we got to spend some time together in Europe, and can’t wait to travel with her and Alain again. Jeremy and I are actually staying with her in New Orleans for a couple nights next week, so I’m excited about that too. 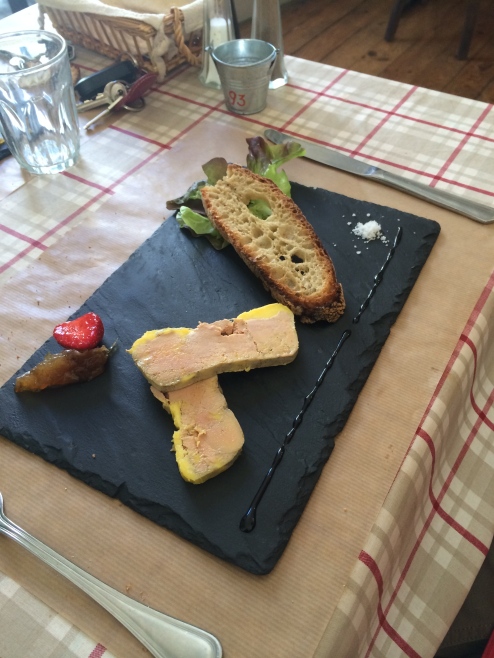 Sarlat is this really charming village that is the birthplace of foie gras, and we ate lunch at this really old restaurant and had the entire upstairs to ourselves. They almost closed the restaurant without realizing we were still upstairs, apparently we were having such a good time we didn’t know that two and a half hours had gone by. 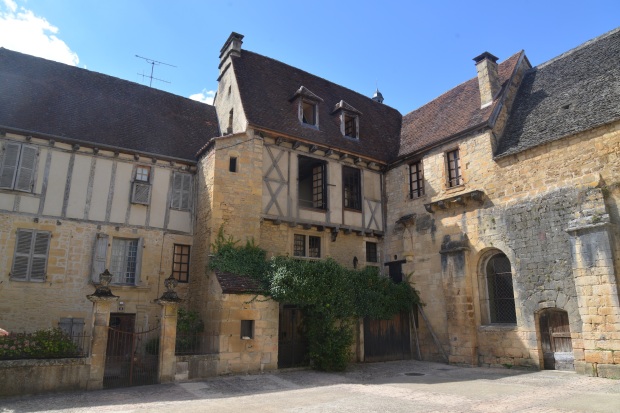 Sarlat is a well-preserved medieval village that dates back to the 14th century. 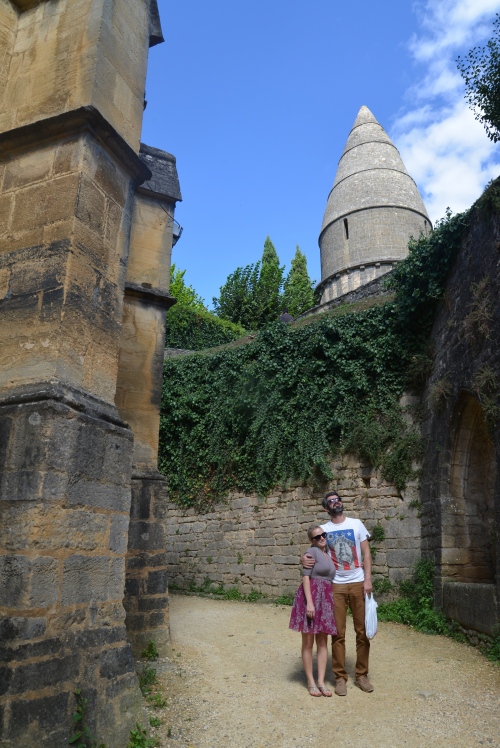 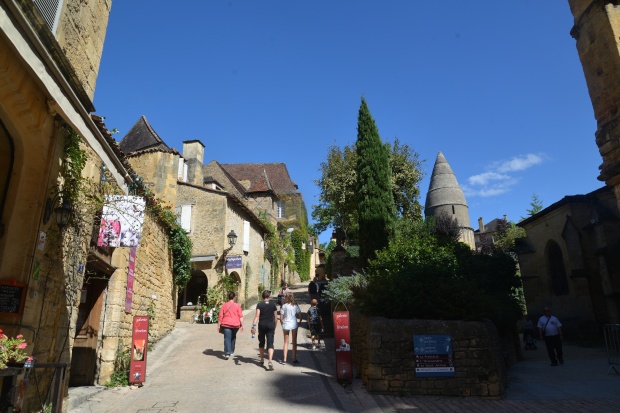 On the way back from Sarlat, we stopped in La Roque-Gageac, a town set on the Dordogne River with houses built into the cliffs.

On our way to Spain, we stopped for lunch in Bayonne, France, in Basque Country. Apparently there is a chocolate factory there but we didn’t go.

Liz and her huge pot of mussels.

What people in Spain call a tortilla is very different than what we think of. It’s basically an omelette in quiche form. 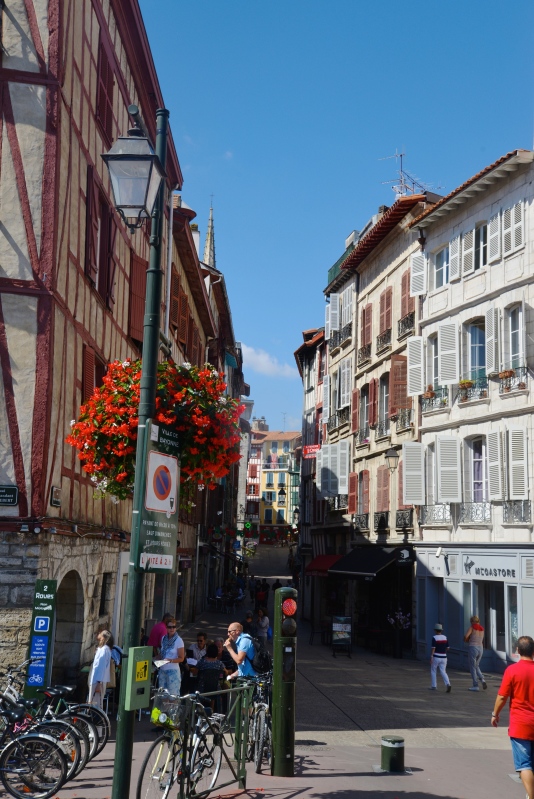 Our last stop before Spain was Biarritz, France, where we finally got to see the ocean. 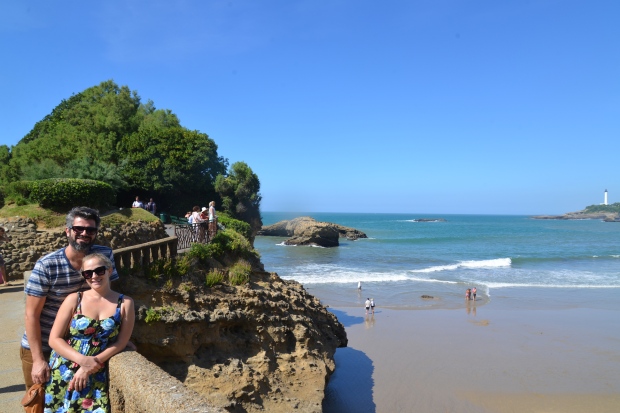 Next up: San Sebastian, Spain!