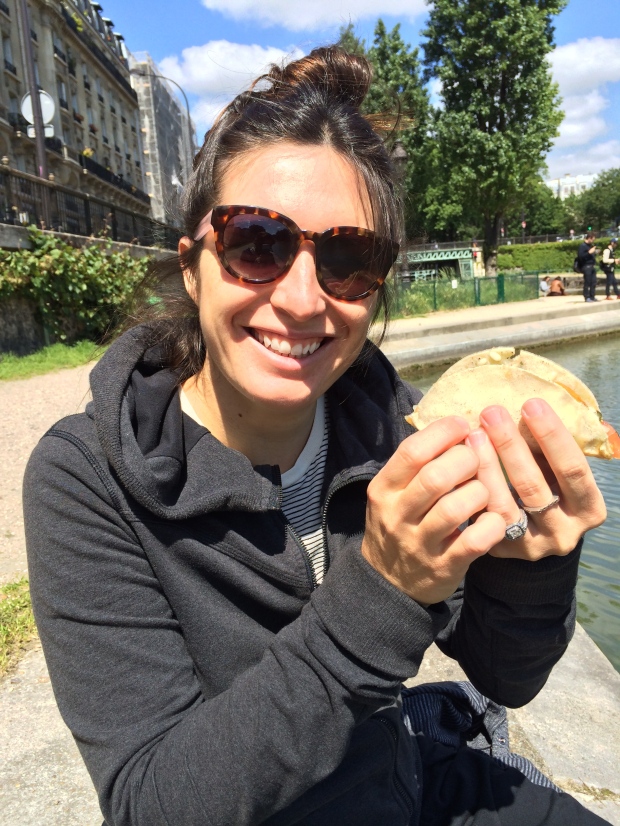 Paris has countless incredible restaurants, and one day I would like to try them all. This time, though, it wasn’t in our budget to go out to nice meals, so I thought I would share some of the cheap (but still delicious) food we got while in the City of Lights. We do splurge occasionally on our travels (not on a Michelin star restaurant or anything, but maybe a brasserie or bistro here and there). I’m awful at remembering to take pictures of food before we eat it, so it is just a sampling. Two friends happened to be in town at the same time as us (not the same ones from the rooftop bar, surprisingly), and their parents took us out to dinner to a delicious restaurant, and my parents have also taken us out to eat. Besides that, though, we rely on grocery stores, picnics, and cooking at our different homes. 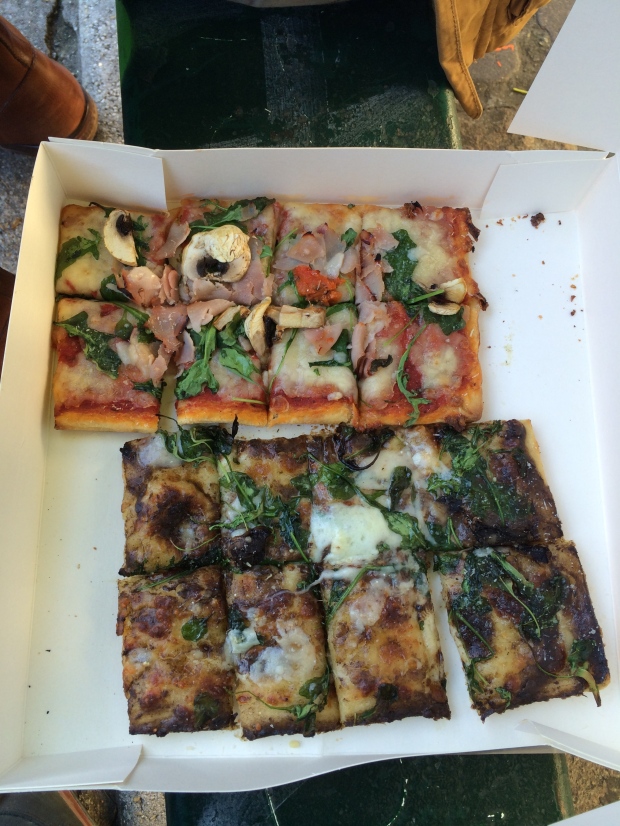 Our first meal when we arrived in Paris. Pizza from a little place near République that I can’t remember the name of and wine sitting by the Canal Saint-Martin.

Tacos and chips and salsa are probably the food that Jeremy and I miss the most while traveling. Living in Southern California, there are small taco joints all over the place with insanely good and fresh (and cheap) tacos. And don’t get me started on the guacamole. I was reading up about places to eat in Paris and happened upon a review of El Nopal, a tiny Mexican place walking distance from our apartment. Obviously we had to check it out after looking at some of the pictures, and we started walking north along the Canal Saint-Martin and made it there after about thirty minutes. You can barely stand inside if there is someone else in there, it’s so tiny. We ordered four tacos and tried to order chips and guacamole but they were sold out. It was definitely more expensive than what we are used to (we usually get tacos for $1.50 or so back home and these were about ten dollars for three tacos), but we were kind of desperate. And they were good! Eat your heart out, piratebobcat. We took them to go and sat by the canal and devoured them. 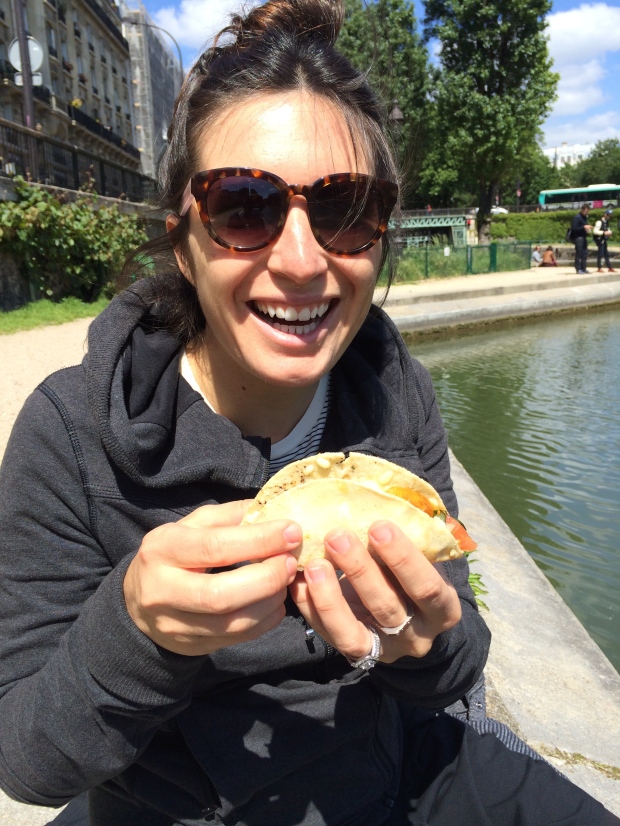 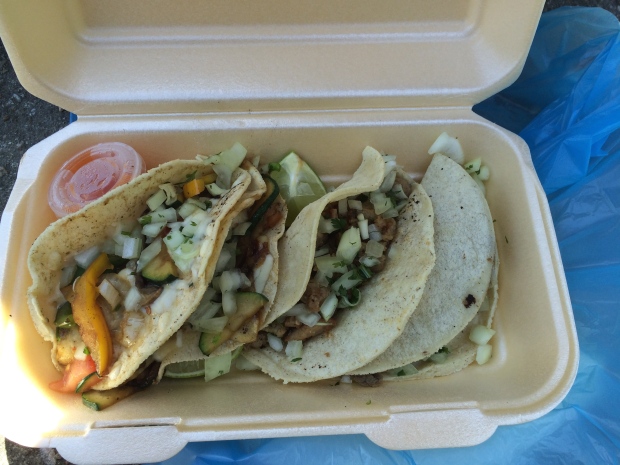 Two veggie tacos for me, carnitas and asada for Jeremy.

There is one other taco place that is supposed to be really good, and we will make a point of visiting and comparing them when we are back in Paris in July.

We also love falafel. It’s been a staple in our diet for a while now, and Paris had some amazing falafel. There’s a section in the Marais district that has numerous falafel places right across from each other, L’As du Falafel being the most popular with huge lines down the block (we tried to go here once but it was closed), and we ate at two of them. The first we went to was Mi-Va-Mi, which was really good. We sat down at a table and it was a nice change of pace. The falafel was stuffed in some pita and had eggplant on top. I forgot to take pictures. The second was called King Falafel Palace, and we stood in a line to order at the counter and take it to go. This one had different toppings, but was equally, if not more, delicious. We also got a beer to drink while waiting in line (I love Europe), and some fries with mayonnaise on them (my arteries hurt). 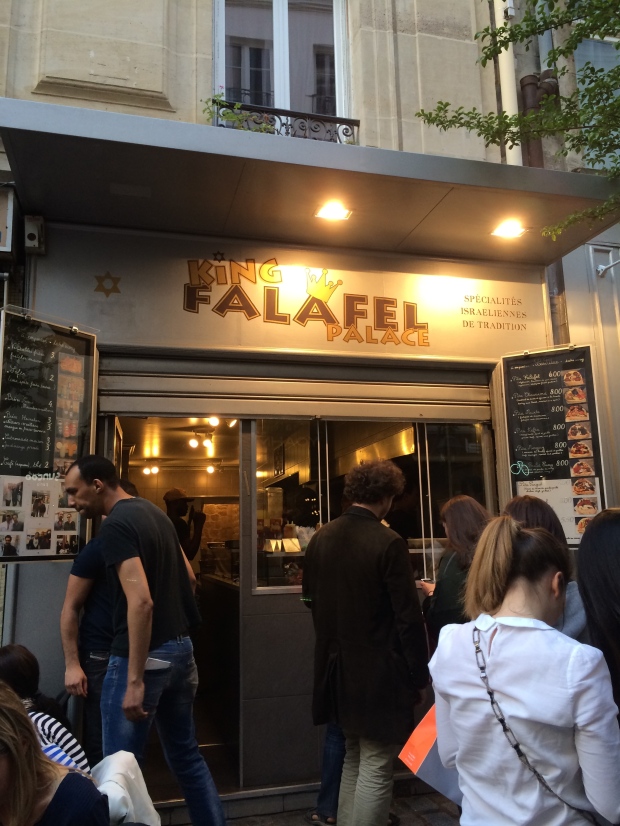 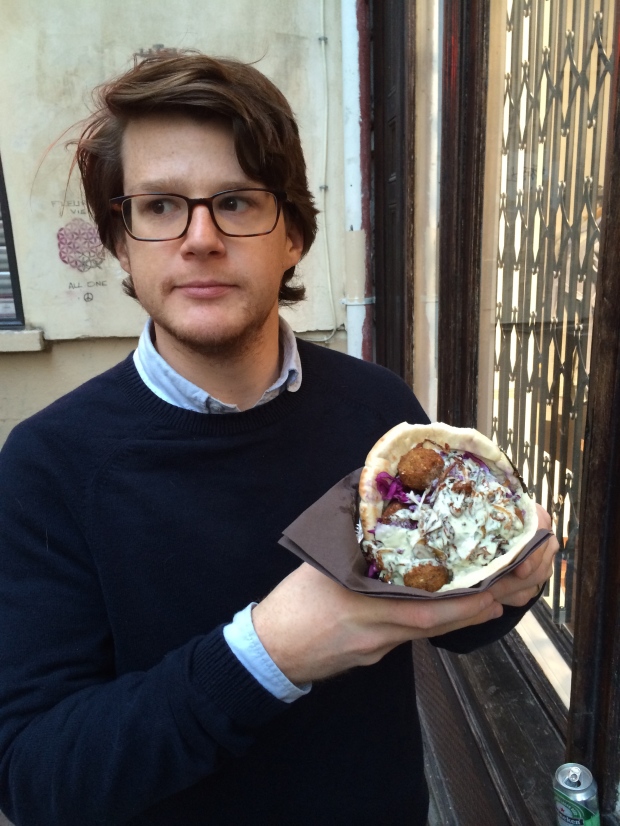 And who could forget crepes? We got a number of Nutella crepes. They are hard to resist when you walk by and smell them and the guy is making them fresh right there.

When my parents got into town, we met them at their hotel off Champs-Élysées and took a cab back to our neighborhood to go to a pizza-by-the-weight place I had read good things about. We were kind of confused when ordering, but luckily the lady working was really nice and helped us decide how much to get and then cut the pizza with scissors. All the kinds were delicious, but there was one in particular that had truffle oil that really stood out. 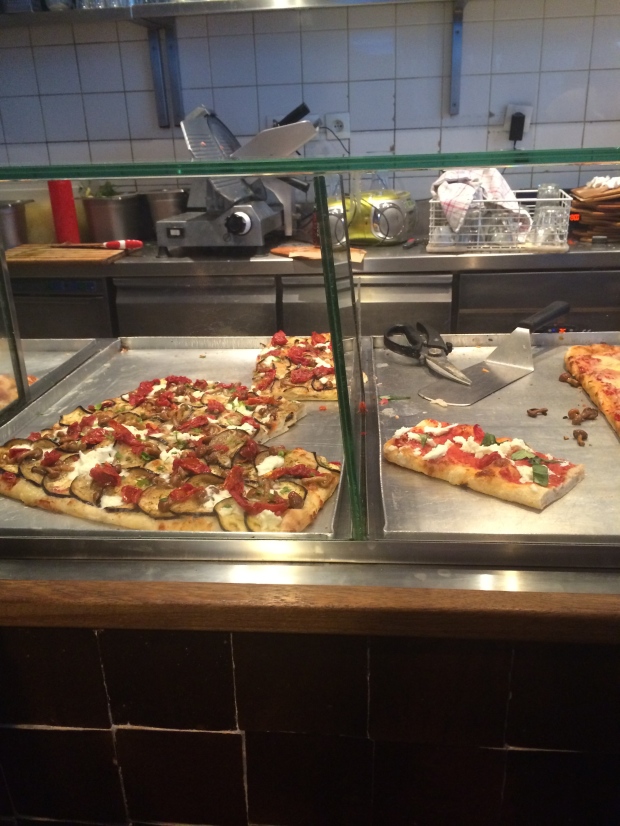 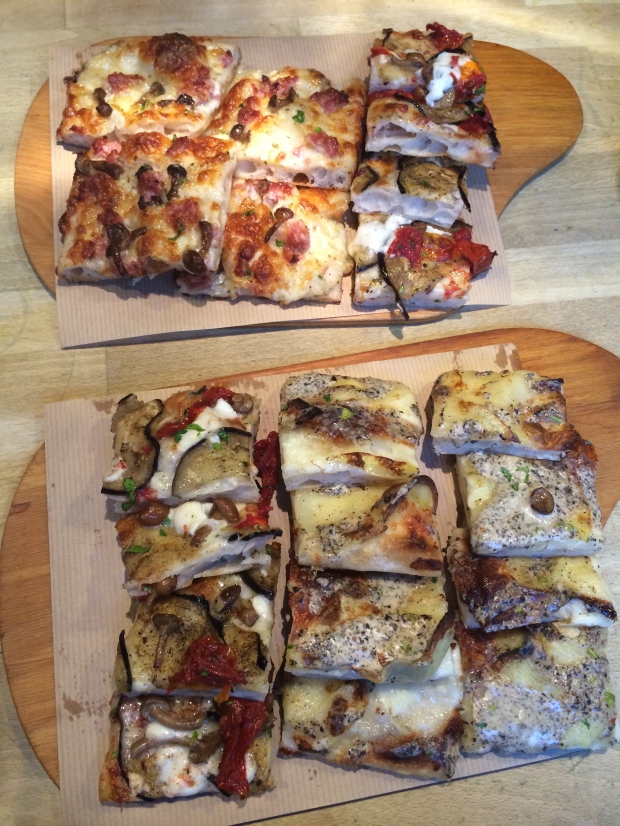 With all of this unhealthy food, we do make sure to eat a good amount of veggies at least.

Afternoon veggie platter with hummus at our Airbnb.

Over the weekend, Jeremy and I decided to try a breakfast place near our apartment, which turned out to be more difficult than we were expecting. The places I had read about that served brunch/breakfast didn’t start serving food until noon. That doesn’t really work for us (we get REAL hungry in the morning), so it was kind of a bust. We ended up at Tuck Shop, and were able to get a couple small dishes, but it was too early for the main meals.

A muffin with an egg inside and baked beans for me, and avocado toast for Jeremy.

And no trip to Paris is complete without eating some macarons (even though we didn’t actually eat any until we got to Normandy, but look how pretty they are!).

I can’t wait to go back and try all the other goodies in Paris, and hopefully go to some restaurants.