Friday will go down as a huge highlight in our travel adventures. This post will be pretty picture-heavy (but when are they not, honestly), because words can’t really describe how incredible the day was (iPhone pictures don’t really do it justice, either). Jeremy and I are having a nice time housesitting in a small village south of Munich, and our host left us a car (an automatic, hallelujah) so we’ve been able to do some exploring. I had no idea how much there is to do around these parts, and how beautiful Bavaria is. We decided to venture south, almost to the Austrian border, to do some hiking. The main reason we chose this spot is because I found out there was an alpine coaster that I knew we had to ride.

We drove the autobahn (where there is NO speed limit), and that was an experience in itself. We got up to about 110 miles per hour, and there were still people zooming past us. It was crazy. Once we got to the village of Oberammergau, we took a chairlift halfway up the mountain. It went on for ten minutes at least, and the views were beautiful. 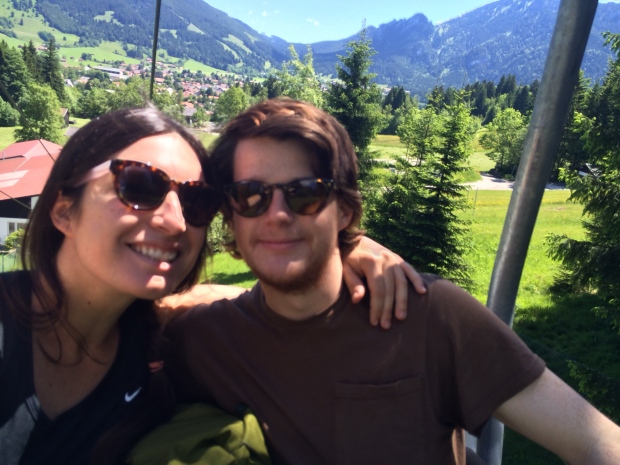 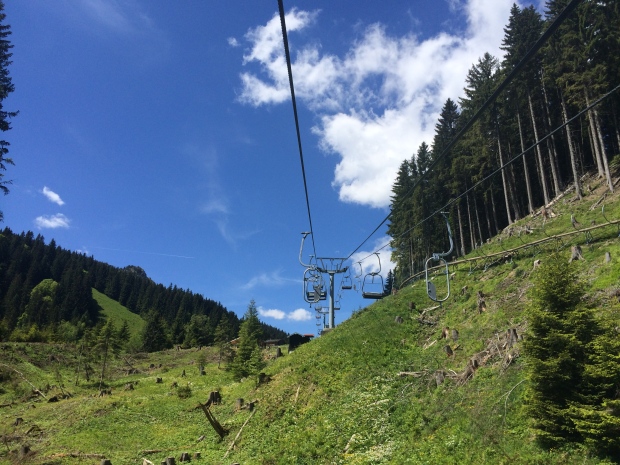 Got a good view of the alpine coaster track that we’d be riding in a few hours.

There was a playground with a zipline where the chairlift let off. 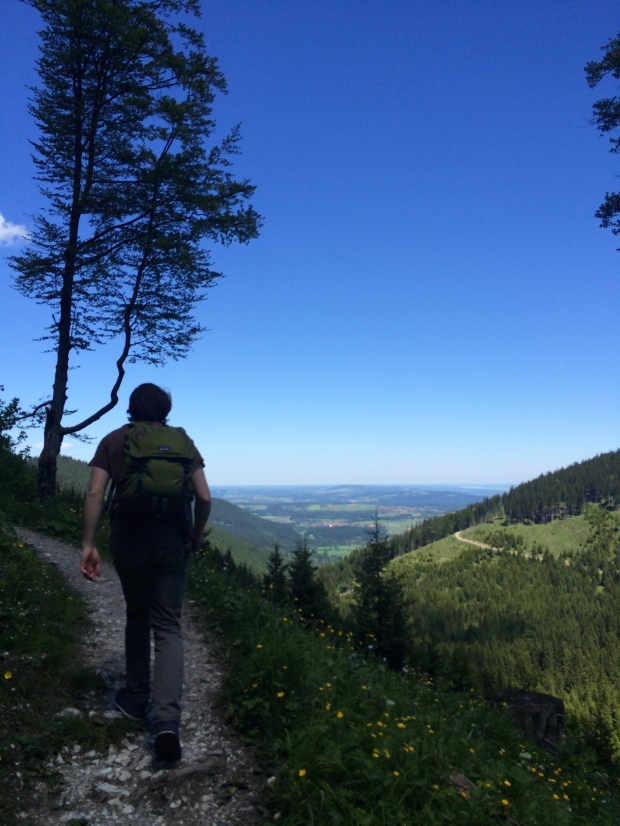 The trail turned into a road, where it got really steep.

I decided to run up the hill so it wouldn’t take as long.

The road turned back into a trail, and that’s when the views started getting REALLY good. 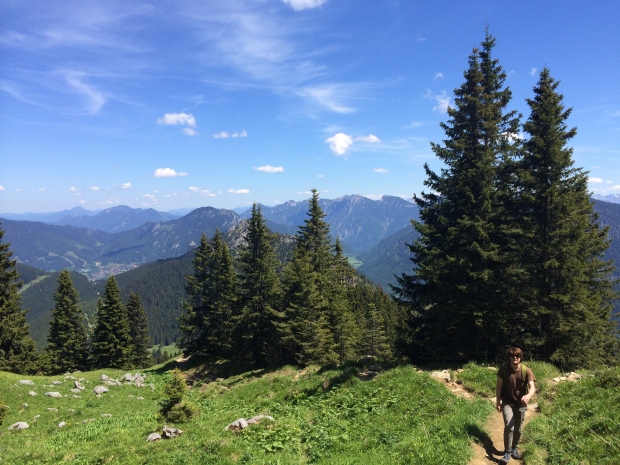 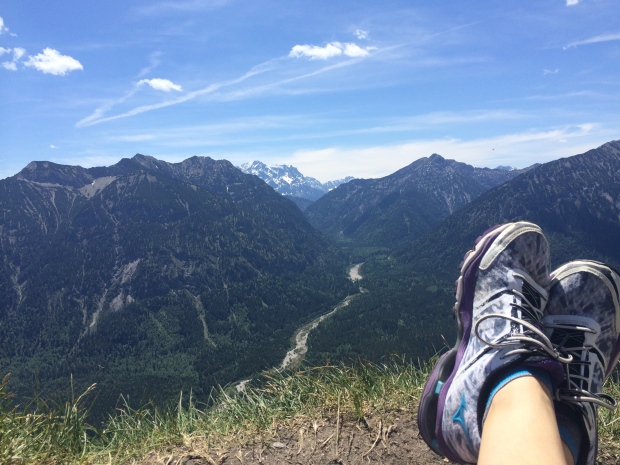 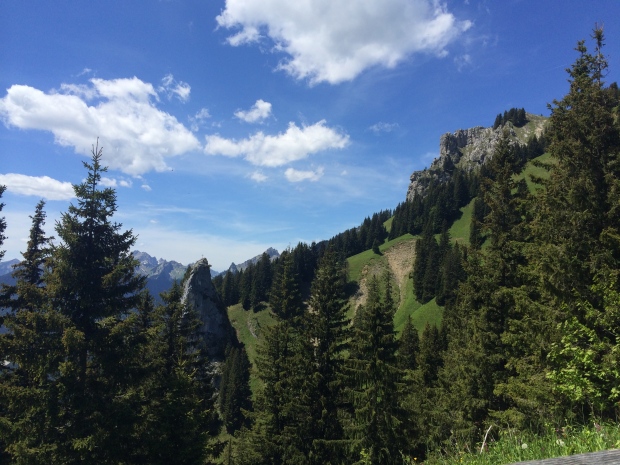 Shortly after we took these pictures, we came across an alpine hut that served food and beer. I realized only the day after that it was actually on this list of places I wanted to visit. It is called August-Schuster-Haus, and has been around since the early 1800s. We opted for some weissbier (wheat beer, so refreshing) and a pretzel, which was fresh and still warm. My mouth is watering just thinking about the beer and pretzel, my god they were delicious. The Germans do it right.

The inside of the alpine hut.

Imagine having this view at your place of work.

It was hard to leave, but we eventually started making our way to the top again, which is when the trail started getting pretty steep, and the experience level turned to red triangles instead of green. After just having a half liter of beer on an empty stomach in a very high altitude, this could have been a bad idea. But we were feeling great (thanks, beer) and had lots of energy to climb our way up without falling down the side of the mountain.

Almost to the top – we had to use the rope on the left side of the picture to climb the rocks.

When we made it, we took some time in silence to stare in disbelief at the view (and then take lots of pictures, naturally), which is what the few other people that were there were doing too. 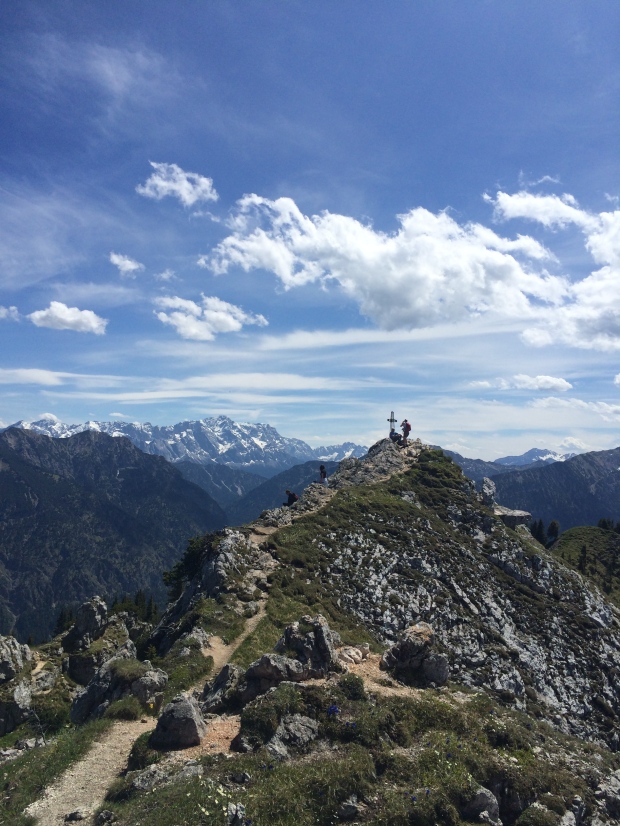 There were crosses with plaques at the peaks of many mountains we saw. 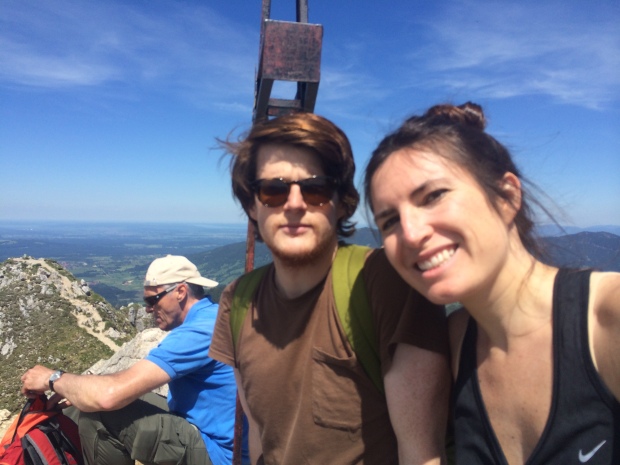 Made it to the cross. 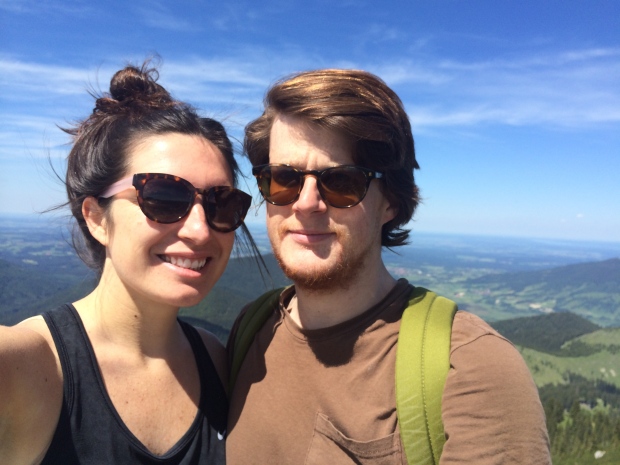 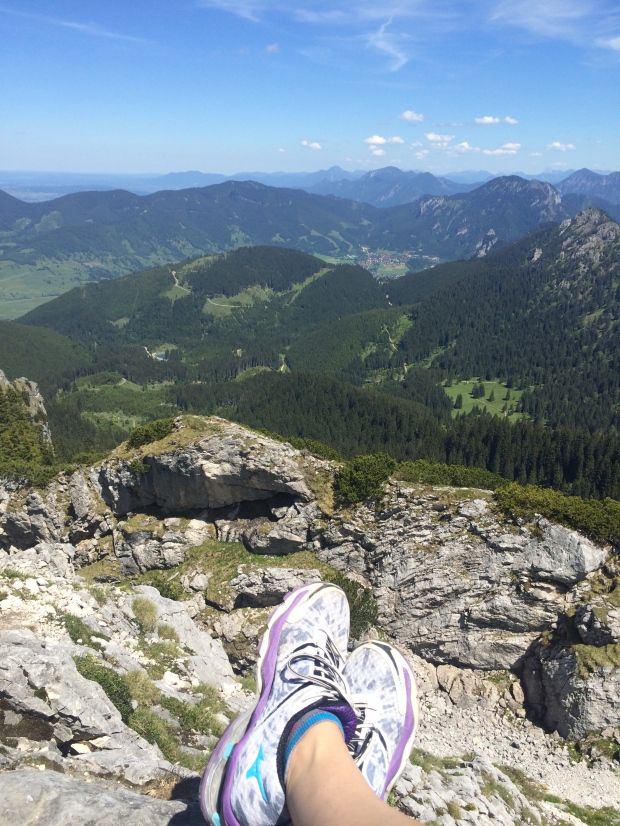 I’m happy to report that this entire day was filled with heights that could have filled me with fear, but never once did I feel scared (could have been liquid courage). Maybe I’m not as scared of heights as I thought, only rickety bridges.

Making our way back down to the alpine coaster was all downhill, and we ran a lot of it since it seemed harder to go slowly.

Frolicking down the mountain.

We made it to the alpine coaster, and it was so fun. It went on forever, and it went SO FAST. 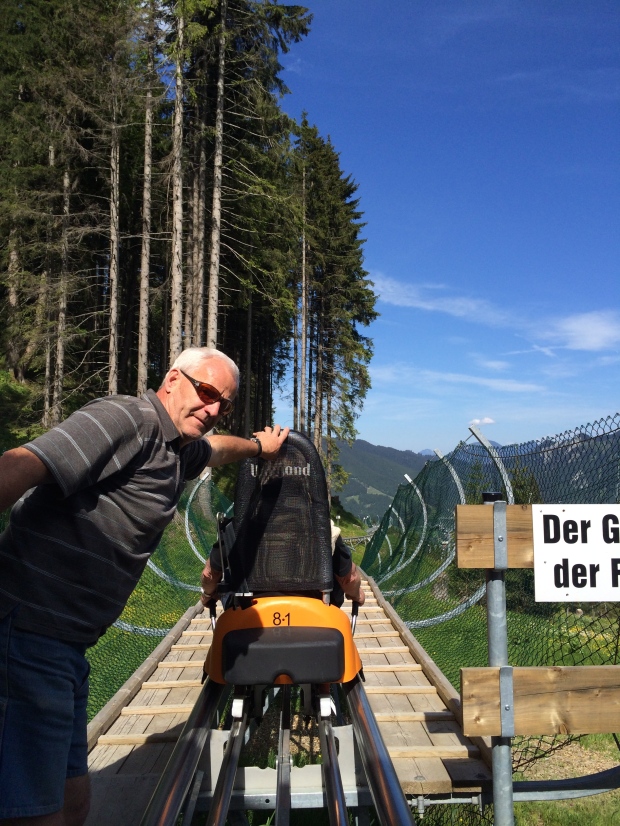 Here’s a video from the alpine coaster website, let’s see if it works.

We may have to do the whole day over again before we leave!