The last few days have been filled with long hours at the office, and the days ahead (until Monday night) will be more of the same. Christmas Eve and our Georgia trip can’t come soon enough! It’s hard to even think about the trip when there’s so much work to do before then. I work with my family, and we don’t even know when we’ll be able to fit in exchanging gifts before we leave! Jeremy and I are really looking forward to our trip and seeing all our old friends. Not to mention eating delicious Southern food.

I forgot to mention it, but I won a $15 gift certificate to Road ID at the race on Saturday. I hadn’t considered getting something from there before then, but now I’m sure I will. It will be nice to have some sort of identification on me for safety purposes, especially with all the traveling we’ll be doing. And then, I was notified yesterday that I won a gift basket from the Whole Foods here in town! It is filled with products from local companies, and it all looks delicious. Olives and pickled beets are among my favorite foods (not to mention coffee and really nice olive oil), and there are some caramel chai tea bags, and Cabernet Sauvignon Wine Jelly from a company called Cowboy Ike’s, which sounds delicious. There were scones and other goodies in there too! Needless to say I’m feeling very lucky right now.

Almost the same as winning the Mega Millions lottery. Almost.

So much local goodness.

On Monday, I met a friend at the beach on my lunch break, and we had a really nice time. I am so spoiled to work so close to the beach. 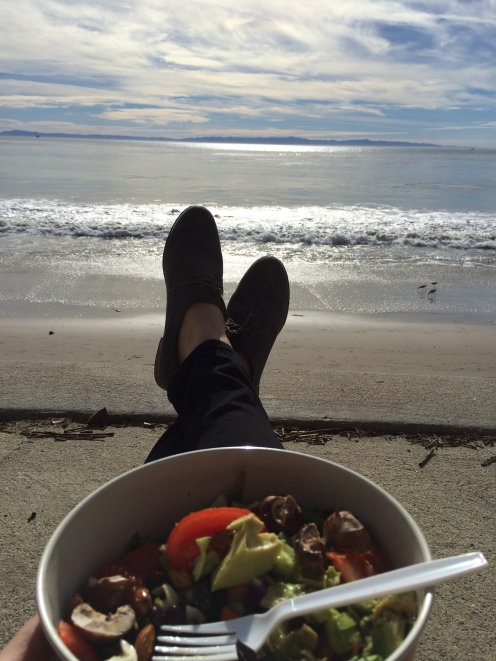 Me and my daily salad. 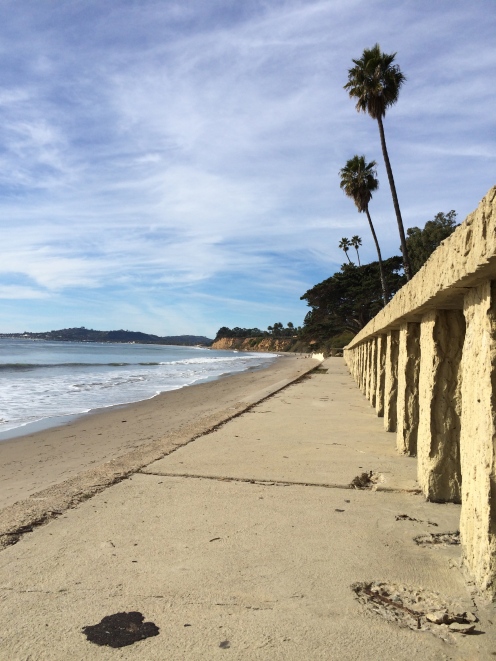 Eating lunch on “the wall.” Growing up, my dad and I would always stop at the same deli, get the same sandwiches, same chips, and same lemonade, and have lunch dates on the wall weekly. We still do it to this day (albeit not as frequently).

I didn’t run on Sunday even though I was thinking about it. But after running full-speed up and down trails at the race on Saturday and landing funny on my foot a couple times, I thought it was wiser to take a rest day. I am pretty sure I have weak ankles, and I had an injury last year that made me miss a half marathon. Ever since then it pops whenever I move it; it feels like maybe there is some buildup or something in it. I went to bootcamp Monday morning and we ran almost three miles during the hour, and did lots of full body workouts. On Tuesday, I got up and ran six miles in the morning. It was so nice. I was losing steam by the end, but I think I just need to eat a little something beforehand in the morning if I’m going to do anything longer than five miles. I usually listen to top 40 pop songs and things like that to run, but occasionally I can’t take it anymore. On Tuesday I listened to one of my favorite albums, Feels by Animal Collective, and it was nostalgic, made me happy, and kept me motivated all at the same time. 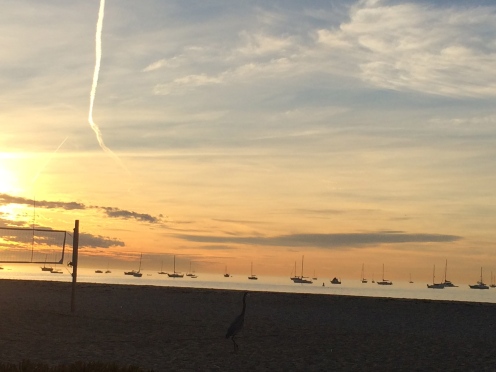 I seriously always see a huge white bird when I’m walking or running near the beach. I’m convinced they are my spirit animals (it could also be because there’s a zoo really near).

This morning I went to bootcamp and I ran two and a half miles during class. I plan on running tomorrow then going to yoga (if I can get out of the office), resting Friday, then a long run Saturday. By that time it’ll be almost Christmas Eve! Phew.