So I totally forgot to post a picture that I dug up of me on the scooter I won in 2009. I entered a raffle and when the guy called me, I just kept yelling profanities at him until I believed him. I had to sell the scooter when I moved to California, and it definitely had some technical difficulties during the time i had it, but it was always fun to ride, and my friend took this picture when I was wearing all black and white, matching the scooter. So that was definitely the best thing I’ve ever won.

I’m dealing with sleep deprivation (again), which is no fun, especially when you have to be at the office from 9am-9pm. I’m hoping that once this final push is over and we leave for Georgia, it will get better.

My week of workouts went well, and I’m really glad I got my long run done yesterday; I can barely open my eyes today because they’re burning so much from being sleep deprived, so I definitely would not be able to run today. I did 8 miles yesterday, and I really focused on doing them slowly. I noticed I’d been trying to push myself a little too much on long runs, and getting a little worn out near the end. I made sure I could comfortably have a conversation if I needed to, never letting my breath get heavy. It was really pleasant this way. I’m also quasi following the Runner’s World Break 2:00 Half Marathon Plan and it recommends what pace to run at, which is really nice. Breaking two hours is my goal for the Mermaid Series Half Marathon in San Diego on February 8.  I’ve been trying to research good areas to run in Gatlinburg, Tennessee (where we’ll be next weekend) when I’d like to run 9 miles, but it’s proving a little difficult. I might have to push it until we get to Atlanta the following Monday. Last week in review: 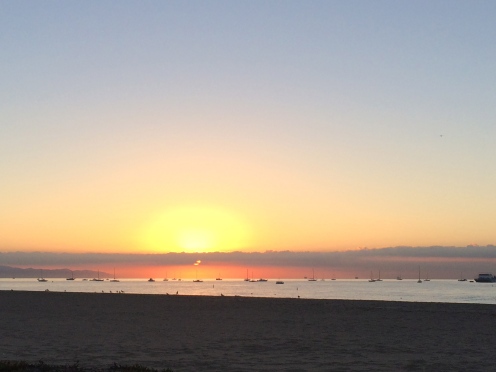 A little old lady accidentally slammed on the gas instead of the brake right outside the office the other day… If that big concrete post hadn’t been there, it would have gone straight into our office! It was pretty scary.

These came in the gift basket I won and I can’t stop eating them, they are SO GOOD. I don’t usually crave sweets, but once I tasted these, there was no stopping. This probably had something to do with my stomach issues during my 8 miles on Saturday morning… oops. That’s a nice forecast we’re leaving… I’m actually hoping it will be wintery in the south, it seems like it’s easier to get in the Christmas spirit when it’s cold out.