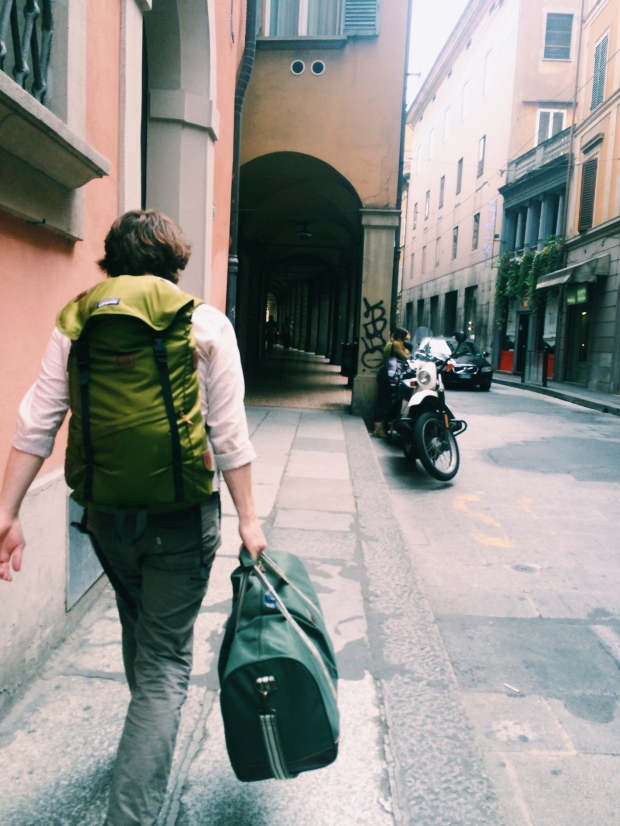 After we spent a couple weeks in Germany in June, visiting Munich and housesitting in a small Bavarian village, we basically fell in love with Germany. I’ve always liked it, but have never spent that much time there. When we were deciding what to do with our two weeks between Bologna and our five-week housesitting assignment that starts today (!!) in Paris, our initial thought was to stay in Italy. But after being in Italy a month, we decided to head to a city we both have been to in the past, but not spent enough time in: Berlin! We figured we could spend a week in Berlin, and then spend a week in a city conveniently between Berlin and Paris: Amsterdam. We found reasonable plane tickets from Bologna to Berlin, and booked them. 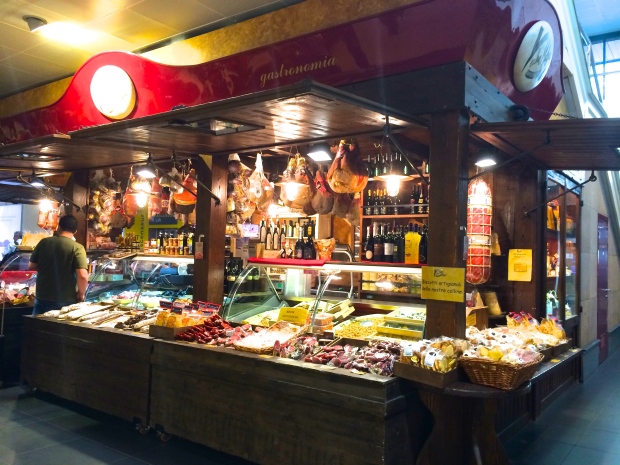 There were even meat and cheese stands in the Bologna airport.

We had seven hours to spare at the airport and then our plane ended up being pretty late, so it was a long day. 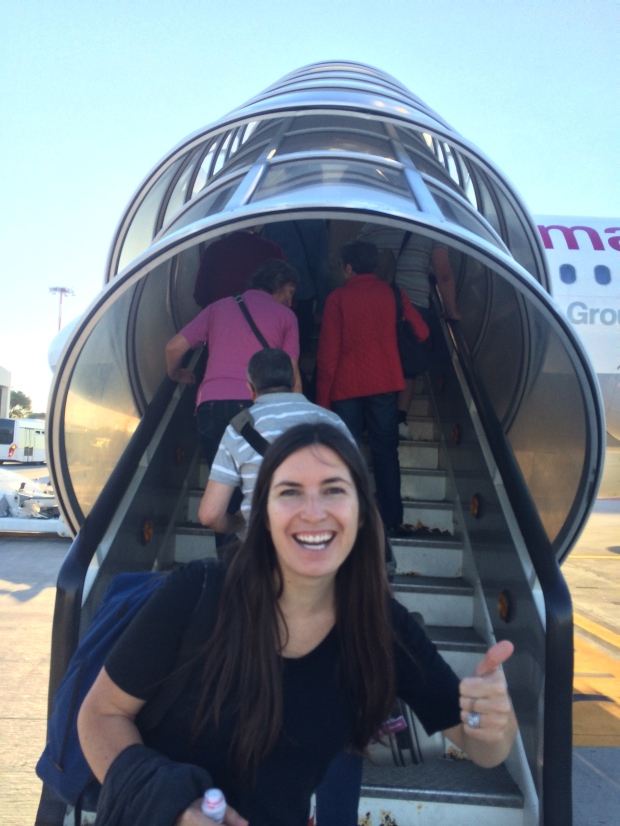 The Supermoon over Gemany.

We arrived in Berlin at around 10:30pm, had to figure out how to get from the airport to the location our Airbnb host was at to pick up the keys, get back on the metro and find our way to our apartment in the Friechrichshain neighborhood, and made it at about midnight. Long day. 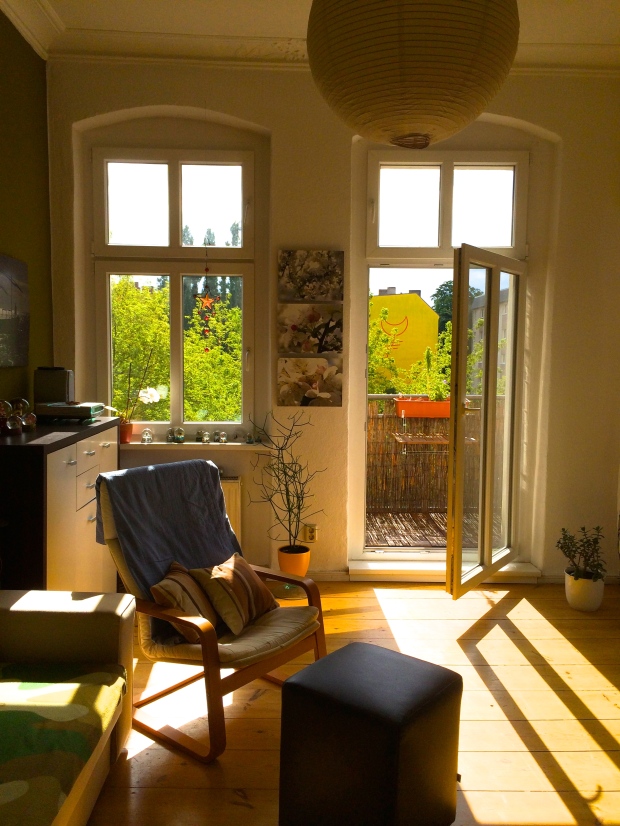 Our Airbnb apartment in Berlin.

We spent the next week exploring, and if there is anything we were unprepared for, it was how HUGE Berlin is. I’ve seen online that it’s five, eight, or nine times the size of Paris. When we’d look at a map and decide to walk somewhere (our preferred mode of transportation) and thinking it would be a 45-minute walk, it would end up way longer. But it’s never a bad thing to get more walking in, and we took the (very efficient) metro when necessary. 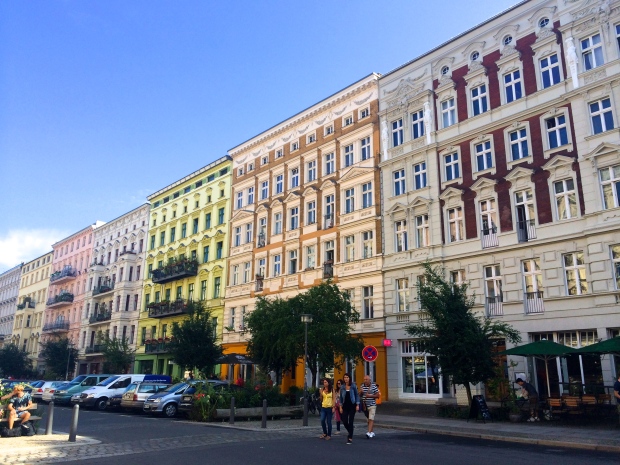 We spent a lot of time exploring Kreuzberg, the neighborhood next to ours. Even after two full days walking for hours around the area, we still hadn’t seen it all. Kreuzberg is a really cool place, with lots of bars, shops, restaurants, and street art. I guess if I had to compare it to anything, it would be the Mission District in San Francisco. 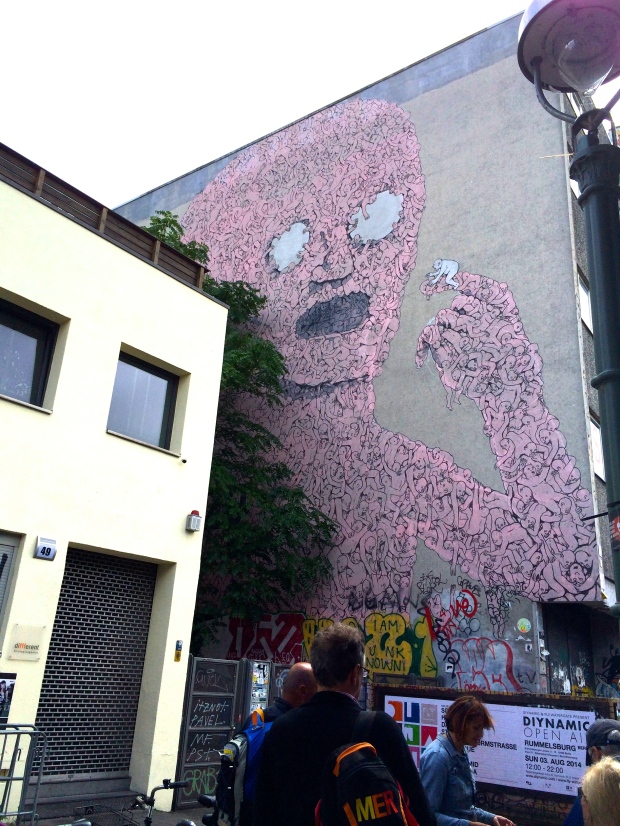 There are photobooths all around the city.

Within walking distance of our apartment was the East Side Gallery, a section of the Berlin Wall that is now an open-air art gallery.

Probably the most recognized piece of the East Side Gallery. 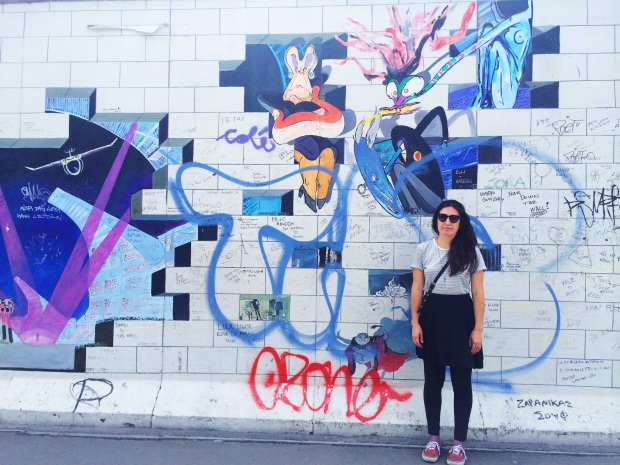 I used to be super into Pink Floyd, so naturally this one was my favorite piece. 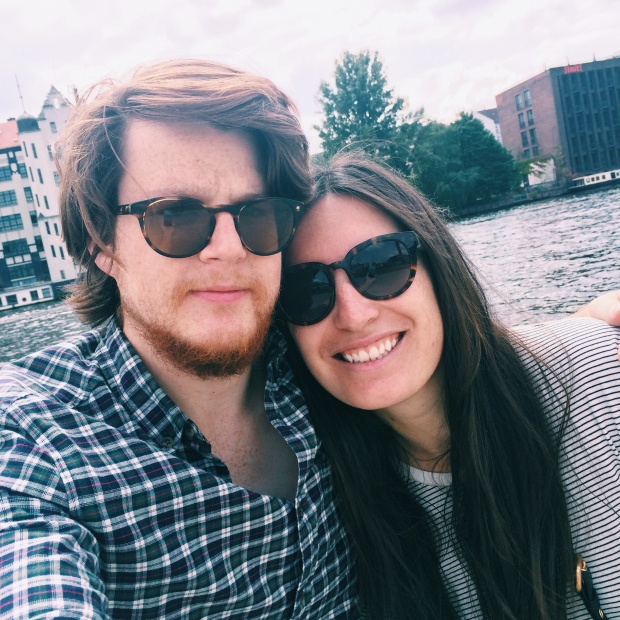 Stopping to rest along the Spree River.

The really neat Oberbaum Bridge is behind me in the distance.

More art from the East Side Gallery. 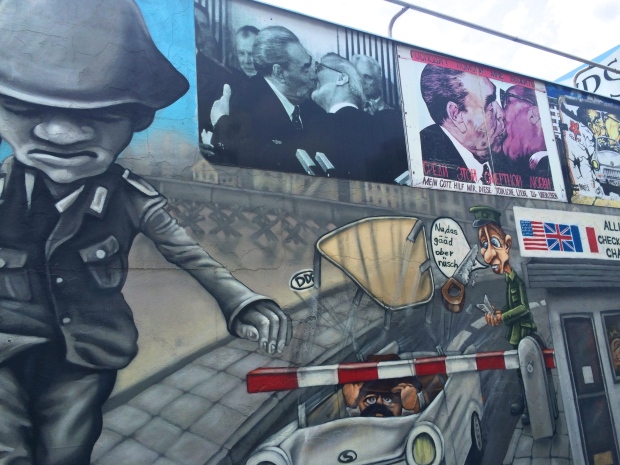 Another highlight from our week was renting a rowboat in Treptower Park, which was really close to our apartment. It was only 8 euro, and we don’t usually spend money on things like that, but it sounded so fun, and it was. We brought some German beer and mini bottles of prosecco, and leisurely rowed around the Spree River.

Europe has such good mini bottles of prosecco.

Kind of blurry, but I loved these teepees you could rent, floating on the water.

You could also take rides in this little plane.

We found an awesome market in Kreuzberg the Sunday after we arrived. All the stands had artisans selling their homemade jewelry or art or anything else, and Jeremy got me a new necklace since the only other one I packed broke.

Memorial of the Murdered Jews, in central Berlin

Golden hour with the Molecule Man statue behind me.

A pretty river crossing in Kreuzberg. 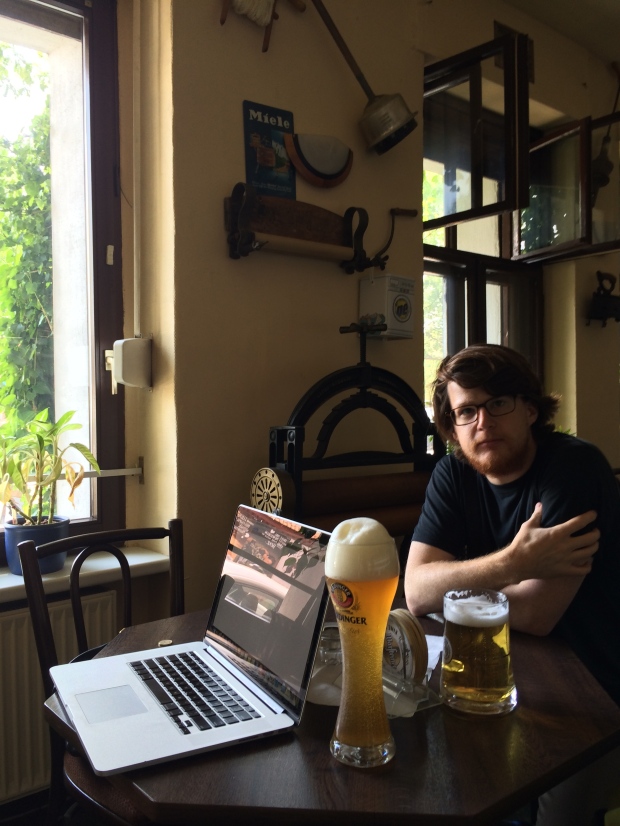 The bar at the laundromat in our neighborhood (and using free Wifi while we waited).

Checkpoint Charlie, the most notable crossing path between East and West Berlin divided by the Berlin Wall (the McDonald’s looks a little out of place).

Soviet War Memorial in the park near our apartment.

Northern Germany is so different than Bavaria, it feels like a different country altogether. Berlin is such a great city, and I could see us spending a lot more time there sometime in the future.

Next up: running in Berlin!