As soon as we got to San Sebastian, Spain, we headed to the ocean. My friend Liz, her boyfriend Alain, Jeremy and I rented an Airbnb in the old part of town, just a couple blocks from the surfing beach in town, Zurriola Beach. It was also the beach popular with the young locals, who ended up photobombing us while we were trying to take a picture: 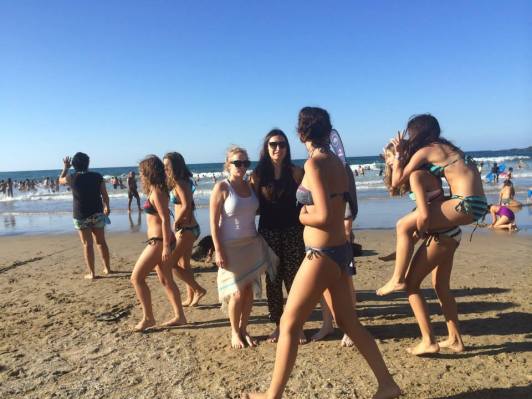 I figured the water would be warm, but it was real cold… we got in anyway. Before coming to San Sebastian, I read about pintxos (pronounced “pinchos”)  online, which are basically snacks that bars in Basque country make and put out for customers. I didn’t realize that every bar had them, and that they put them out around 10:30am and keep making them until after midnight. Each bar we passed had such a big selection, and some were really impressive. Because every bar has them, they leave the lights really bright inside and everyone just stands around and fills up their plate, and tosses their napkins on the ground when they’re done.

One of our selections of pintxos.

Jeremy waiting to pay for our pintxos.

Pretty much our entire time in San Sebastian was spent laying out at the beach, eating pintxos and walking around the pretty old town.

Hot dogs with a shorts tan.

The most crowded beach I’ve ever been to.

I’ll have a tiny vehicle of my own one day. 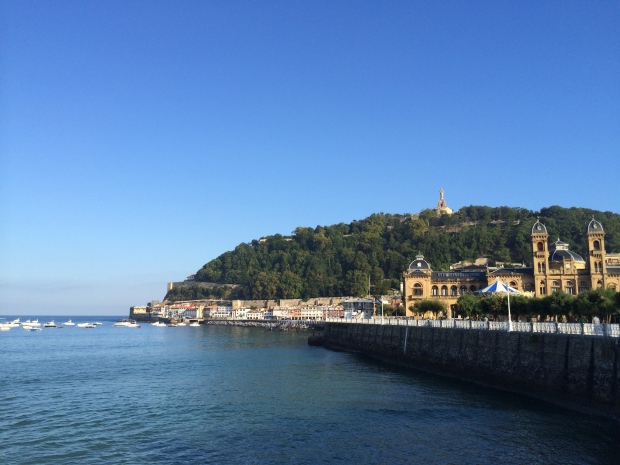 We also went out to eat at a restaurant called La Fabrica. The price for a four-course dinner was very reasonable, and everything was delicious and from the region.

One of Liz’s courses, a squid ink dish, but I forget what else was inside… 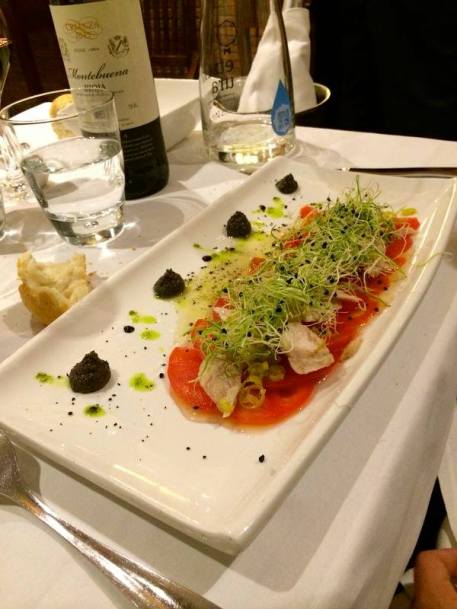 After two nights, it was time to head back to Bordeaux so Jeremy and I could catch our flight to Ireland the next day. But since Alain was driving and he grew up in the region, he took us to some really great places on the way back. First we stopped for lunch at a little restaurant on the water in Port de la Hume, France. We got huge platters of super fresh seafood and some nice white wine.

Then we went to Arcachon and laid out some more and swam in the water.

Our final stop was at the Dune du Pilat, which is the tallest sand dune in Europe. Once you climb to the top, you can see some really great views.

Starting the climb. It’s much steeper and taller than it looks. 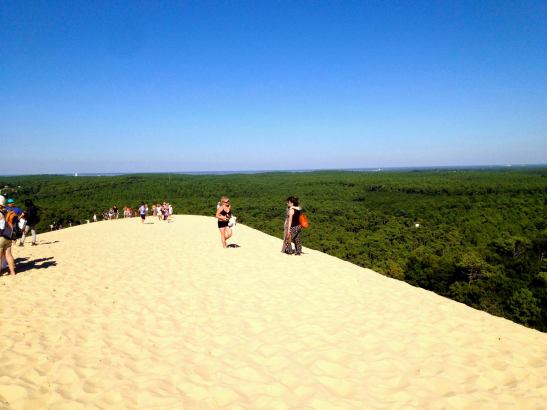 You can run down the dunes as fast as you can without feeling like you’re going to fall face-first into the sand. It’s so fun. 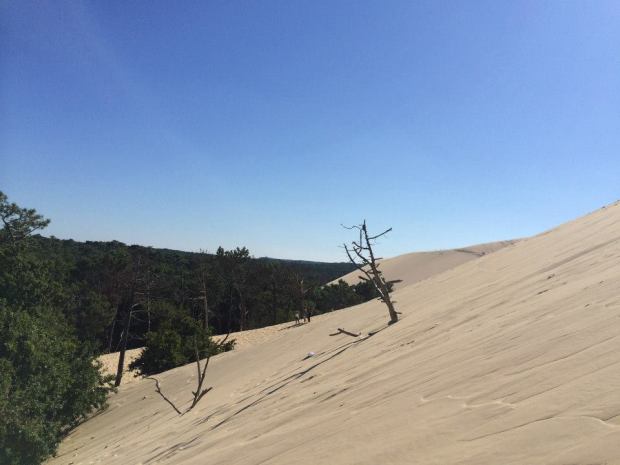 It was sad to say goodbye to Alain and Liz, but we had to get on a plane and head to Ireland so I could run the Dingle Half Marathon and explore Ireland for a week and a half. 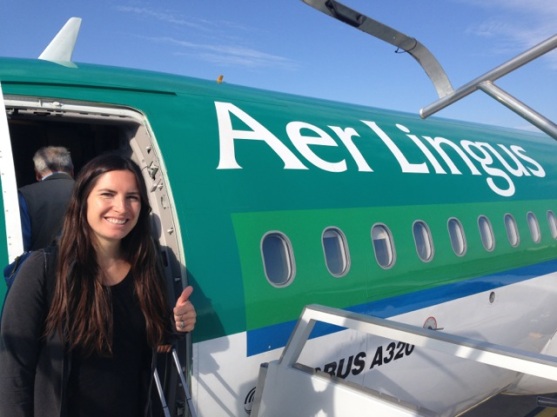