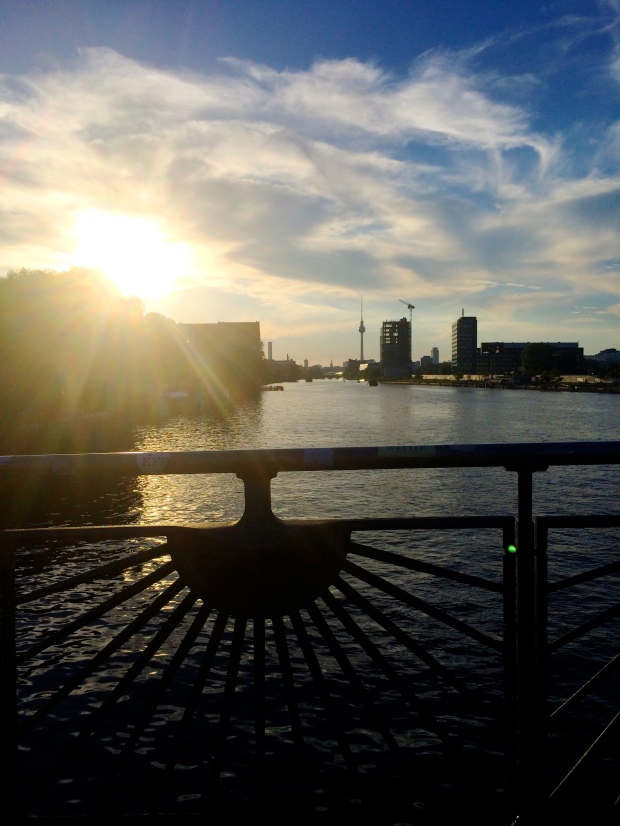 We spent way too much money eating out in Italy. But could you blame us? Italy is known for its food, and especially being in Bologna, it was very hard to resist. But I don’t regret it, even if my clothes were getting increasingly tighter… So, leaving Italy and returning to Germany, we knew we had to cut back on expenses, and cook more meals ourselves, or find cheap street food. We ended up doing a lot more of the latter, because the street food turned out to be delicious in Berlin.

On Sundays, there is a huge flea market in Mauerpark, which is in the northern district of Prenzlauer Berg. It is really popular with tourists, and even though it had been raining moments before we got there and there were huge puddles everywhere, it was still packed. We didn’t do any shopping, but we heard there was good street food, so we wanted to check it out. There were lots of food stands and outdoor bars, and it had a general music-festival vibe to it; I kind of felt like I was at SXSW in Austin, Texas. But it happens every Sunday in Berlin! We checked out as many food stands as we could before making our decision on what to eat.

A magician performing for people at the amphitheater in Mauerpark. There is usually karaoke held here, but it was cancelled due to the rain (I think). 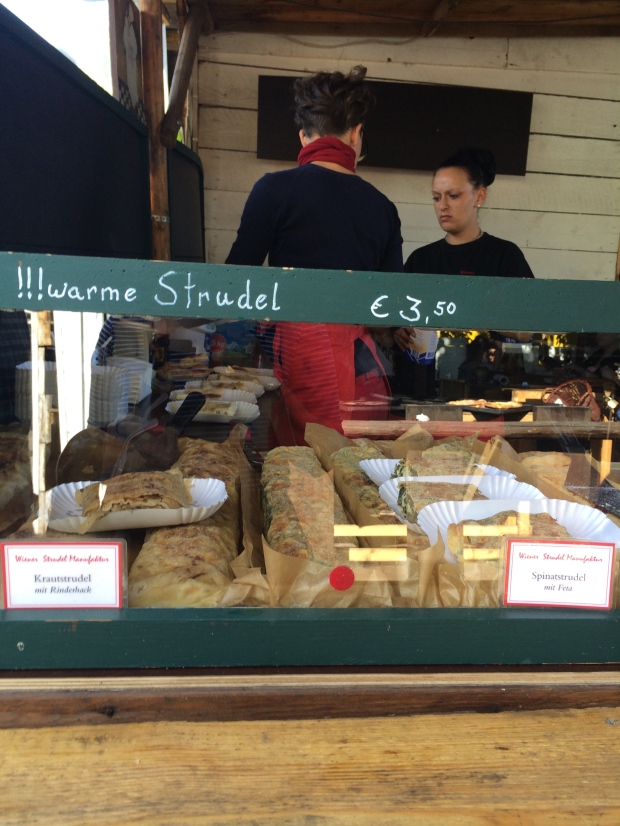 We ended up going to this stand that had fresh pizzas come out of the oven every ten minutes. Whenever there was a fresh batch, a lined formed immediately.

We got a white pizza with potato on top. And of course a weissbier to wash it down.

We weren’t planning on getting dessert, but we couldn’t walk past this booth selling made-to-order waffles on a stick without getting one. And they were only 2 euro. We chose white chocolate to be poured on top of it. It was VERY tasty.

The night of the World Cup final game, we wanted to go to a bar and catch some of the action, but not be surrounded by hoards of people (something like 200,000 people were watching the match at Brandenburg Gate). We walked from our apartment to Kreuzberg and beyond to Neukölln and decided on Das Gift, a bar owned by Barry Burns (of post-rock band Mogwai) and his wife. The menu is primarily Scottish food, and we ordered a mini haggis plate, which was only 5 euro. We got the vegetarian version, which sounds weird since haggis is primarily meat-parts, but it was really good.

You know a bar is going to be good if they have Dolly on the menu. 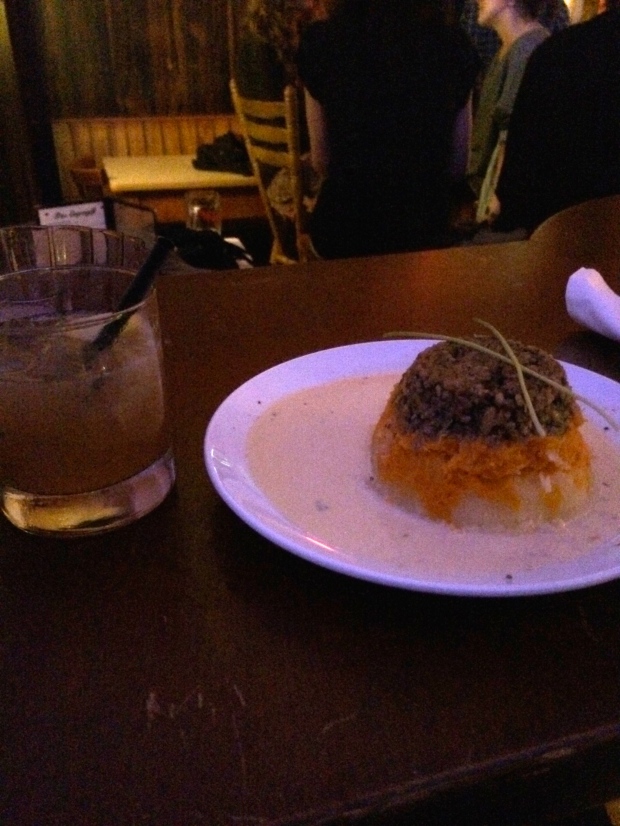 Mini haggis plate, vegetarian style (instead of meat, it was kidney beans, lentils, root vegetables, and cereals, packed into a man-made casing and cooked, according to Das Gift’s Tumblr. It was on top of a potato and turnip mash with a sauce made from whiskey.)

The plate was a little small for the two of us, so we ordered the Scottish cheese plate after, but I didn’t get a picture. After the game was over and Germany won, there was craziness in the streets with people yelling and all cars honking, but nothing out of hand. It was pretty fun. 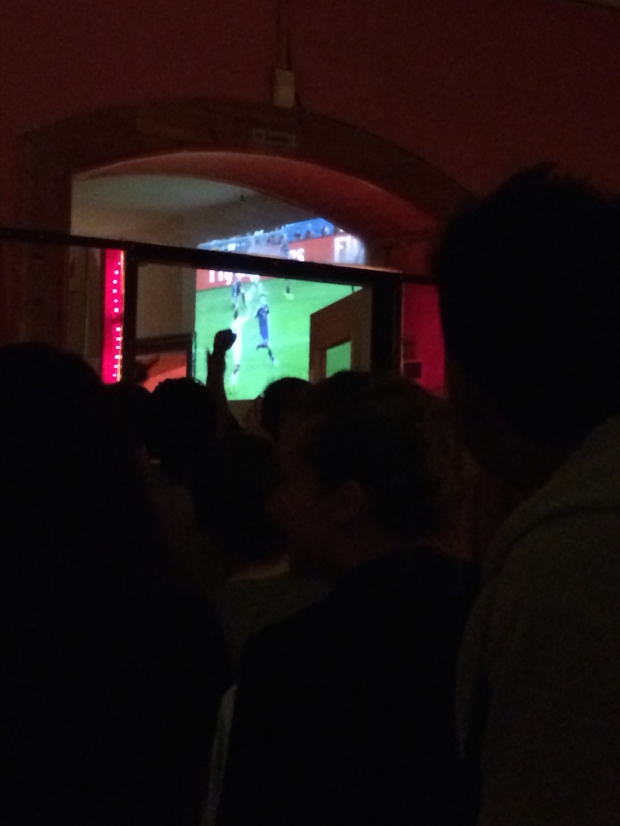 I hope this video works:

Falafel has been so easy to come by in most of the big cities we’ve visited. The Turkish population is large in Berlin, and before even arriving we were looking forward to trying some of the popular places.

The first place we tried was called Maroush, and the rave reviews online were justified. Our falafel sandwiches were only 2.50 euro. 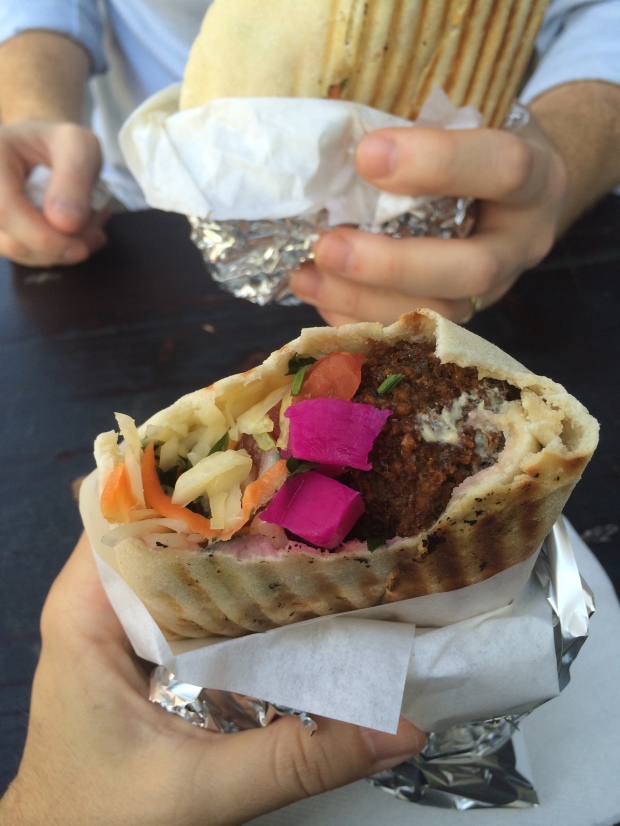 Another place we tried was called Tadim, and I got a falafel sandwich, while Jeremy got a lahmacun, a Turkish pizza with doner meat on it, rolled into a burrito.

My falafel sandwich from Tadim. 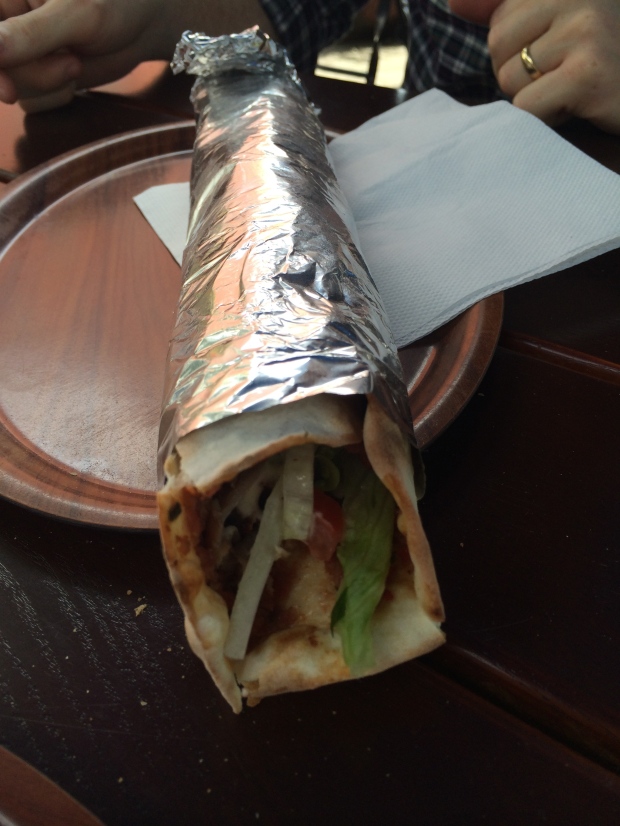 One night, we were in a long line to eat at Burgermeister in Kreuzberg. But after waiting 15 minutes or so and not getting much closer to the front of the line, we decided to walk around and find another falafel to eat (we might be addicted).

The very popular Burgermeister in Kreuzberg.

We had read so many “best cheap eats in Berlin”-type articles online that all mentioned the same places, so we wanted to venture out on our own and discover something different. We ended up finding the best falafel we had eaten in Berlin so far, and they were wrapped like burritos.

I don’t have a picture of the inside of the burritos, but just trust me, they were delicious. And we finished them off with some baclava, which was the best I’ve ever had.

A couple friends from Georgia, Kyle and Antje, now live in Berlin, and we met up with them at something called Street Food Thursday, held at Markthalle Neun. The big space is filled to the brim with food stands that include all sorts of food types. We met soon after it opened so we could hopefully get seats at the communal tables, and it was already packed by the time we got there. 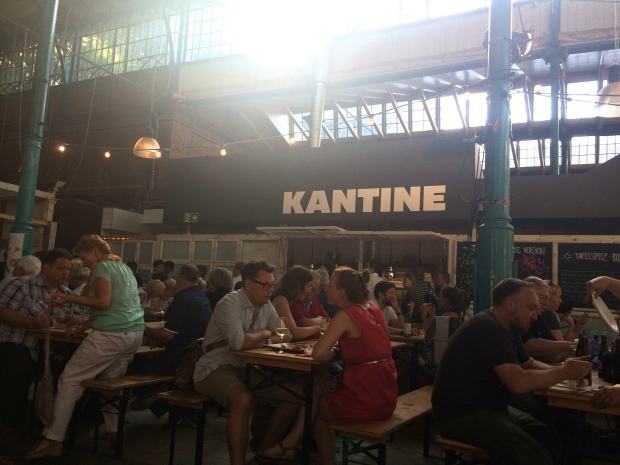 It was SO hard to decide what to get, but I ended up with a ramen burger with kimchi on the side, and Jeremy got an empanada and a tofu sandwich with steamed buns. 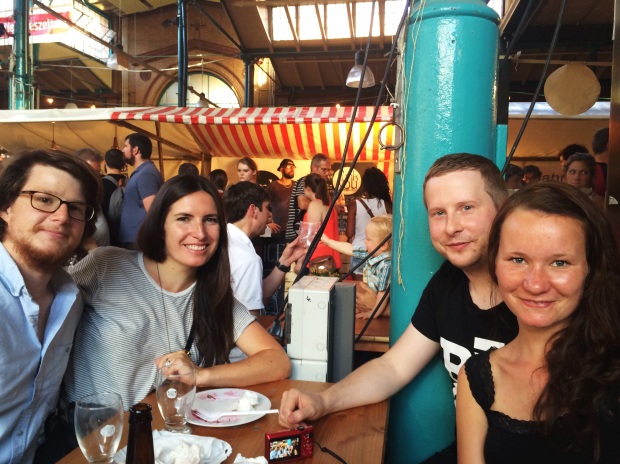 After dinner, we walked around Kreuzberg a bit and enjoyed catching up with Kyle and Antje, who we hadn’t seen in years. 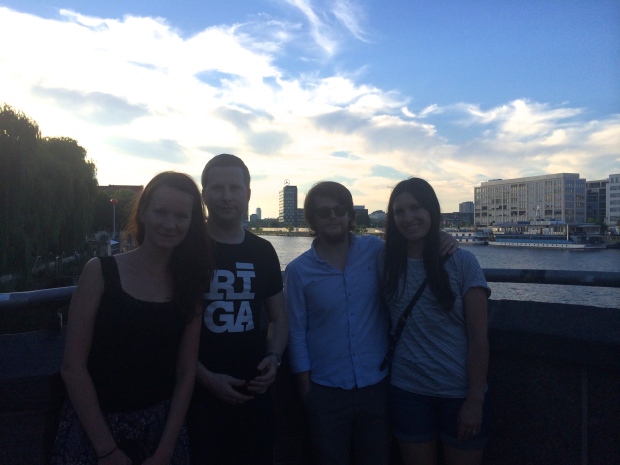 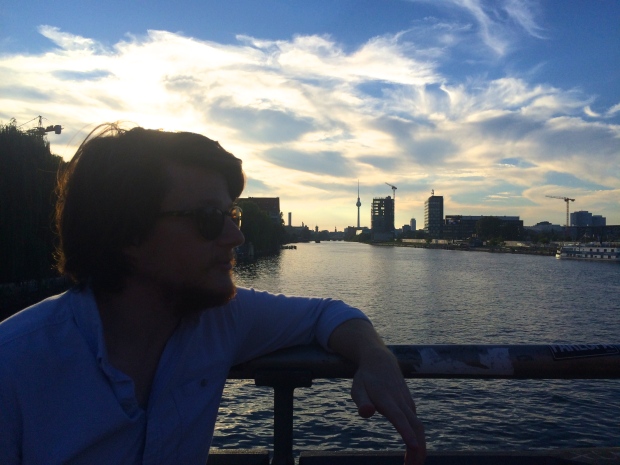 Street Food Thursday was a big highlight of our week, and just another example of what makes Berlin such a great city.